Hamilton City Council on Wednesday voted to save the entire historic train depot downtown, which was built 164 years ago. Council decided 5-2 to move the two story structure 600 feet north to a city owned lot at 409 Maple Avenue. The move will cost the city an estimated $650,000. Council considered a proposal to move just one story of the building for $400,000, but decided to preserve the entire building at the urging of historians like Dan Finfrock.

Mayor Pat Moeller says it will cost more to move both stories of the building, but it's the right thing to do in preserving the city's history.

Future plans for the building could include a restaurant, museum, or office space.

The Butler County Coroner's Office has identified the man struck and killed by a truck on Route 4 in Madison Township early Saturday as 44 year old Tommy James Johnson of Dayton. According to the Butler County Sheriff's Office, Johnson walked into the path of a northbound truck on the 4200 block of Germantown Road near Keister Road around 2:15am Saturday morning. The preliminary cause of death has been listed as multiple traumatic injuries, and has been ruled accidental.

The 10th annual National Civil Rights Conference is underway at Miami University's Oxford campus. This is the first time the event has been held in the Midwest. A historical marker was unveiled Monday acknowledging the lynching deaths of two men, Henry Corbin in 1892, and Simeon Garnet in 1877. They were among 4,000 lynchings nationwide, and 15 in the state of Ohio during the reconstruction period after the civil war. The ceremony is marker is located at the Dr. Martin Luther King Junior Park uptown.

The Liberty Township Zoning Commission voted 3-2 to recommend approval of the proposed $133 million, 88 acre mixed use development known as Freedom Pointe. The project includes a new Costco store, and a luxury apartment/townhome development which will be built and run by the award-winning Hills Properties. There will be three entrances to the property, including a main street called Veterans Boulevard, which will connect to OH-129, I-75, and Cox Road via the new roundabout currently under construction. Dan Wheeler, representing Hen-Jur, LLC, the longtime owners of the property on the northeast corner of Liberty Way and Cox Road, says Costco will bring many economic benefits to the township.

Michael Copfer with Hills Properties says the apartment/townhome development will be called
Relay 129, and it will have a similar design to the Residences at Clocktower, and the award-winning Savoy at the Streets of West Chester.

Some residents who live in the nearby Four Bridges neighborhood spoke out against the development. Jeff Harrington says safety is his main concern.

The proposal now goes to the township trustees, who are expected to take up the issue at their July 6th meeting. 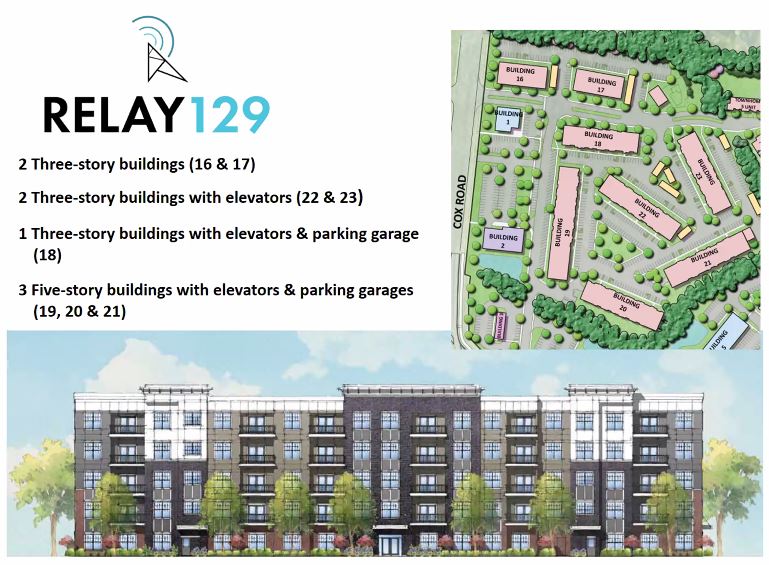 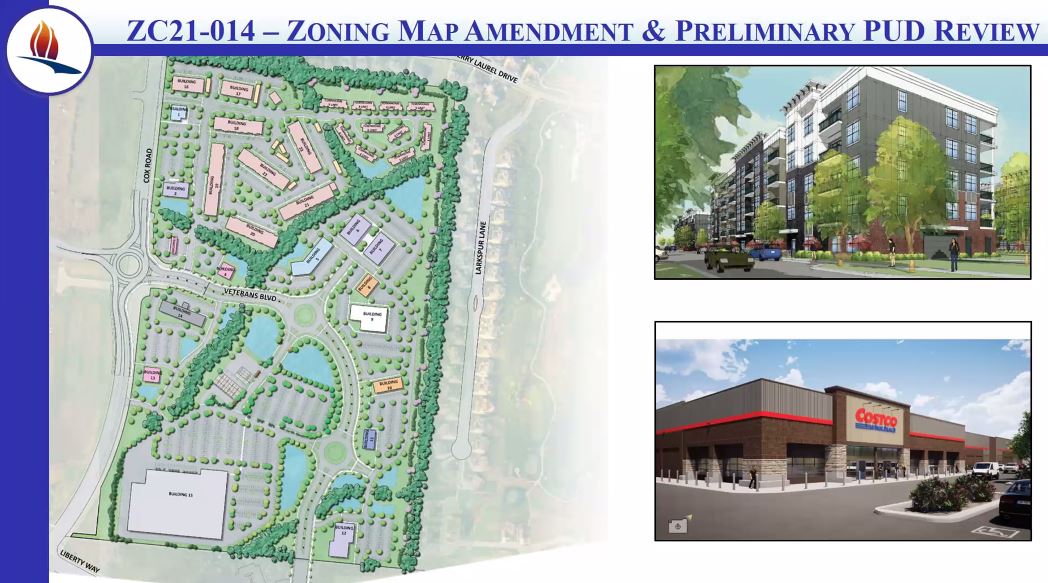 The National Weather Service has confirmed an EF-1 tornado touched down in Montgomery County, four miles southeast of Gratis, and moved into Butler County before dissipating Friday Night. A survey team from the weather service confirmed the twister touched down around 8:38pm, with wind speeds of 90-95 mph. The storm's path started on the west side of Puddenbag Road south of Barlow Road, and moved southeast past Oxford Road and into Butler County, across Elk Creek Road before it ended at No Mans Road. The storm caused considerable tree damage, and minor roof damage to a house and barn on Oxford Road. No fatalities or injuries were reported.
A Tornado Warning was issued at 8:46p.m. Friday, when National Weather Service radar indicated a debris signature in the Madison Township area, near Middletown. Most of the storm damage was reported in the northern part of the county, particularly around Elk Creek Road, West Alexandria Road, and Hursh Road, according to Butler County Emergency Management Director Matt Haverkos. Power was out to over 27,000 Duke Energy customers at the height of the storm, with more than 1,600 outages reported in Butler County. More than 170 customers were still off line in Seven Mile Saturday morning, as the storm took down multiple wires and a transformer on the 400 block of North Main Street (US-127) around 8:48pm. Liberty Township firefighters were called to a house fire on the 6500 block of Countryside Trail around 8:54pm. No word on if the incident was weather related.

A group of neighbors have petitioned Butler County Commissioners for a solution to trains blocking off their neighborhood. Pam Stroup, speaking on behalf of her neighbors in the Cedar Grove subdivision south of Seven Mile, says they are concerned someone is going to die waiting for a life squad being blocked by a train.

Stroup says this has been an ongoing problem, with the three major crossings blocked 19 times since October of 2019.

Stroup says back in March, one resident was blocked while trying to transport a relative to the hospital during a medical emergency. She had to call CSX to get the train to move.

Stroup gave commissioners a list of several proposed solutions, including extending Fear Not Mills Road to Treiber Road, which would connect the neighborhood with New Miami. Another plan includes creating an underpass at the Spring Road crossing.

The Tornado Warning was issued at 8:46p.m. when National Weather Service radar indicated a debris signature in the Madison Township area, near Middletown. Most of the storm damage was reported in the northern part of the county, particularly around Elk Creek Road, West Alexandria Road, and Hursh Road, according to Butler County Emergency Management Director Matt Haverkos. The EMA is planning an assessment of damage in the Madison Township area Saturday, to see if straight line winds or a possible tornado touchdown caused the damage. A National Weather Service survey team would have to confirm the latter. Power was out to over 27,000 Duke Energy customers at the height of the storm, with more than 1,600 outages reported in Butler County. More than 170 customers were still off line in Seven Mile Saturday morning, as the storm took down multiple wires and a transformer on the 400 block of North Main Street (US-127) around 8:48pm. Liberty Township firefighters were called to a house fire on the 6500 block of Countryside Trail around 8:54pm. No word on if the incident was weather related. 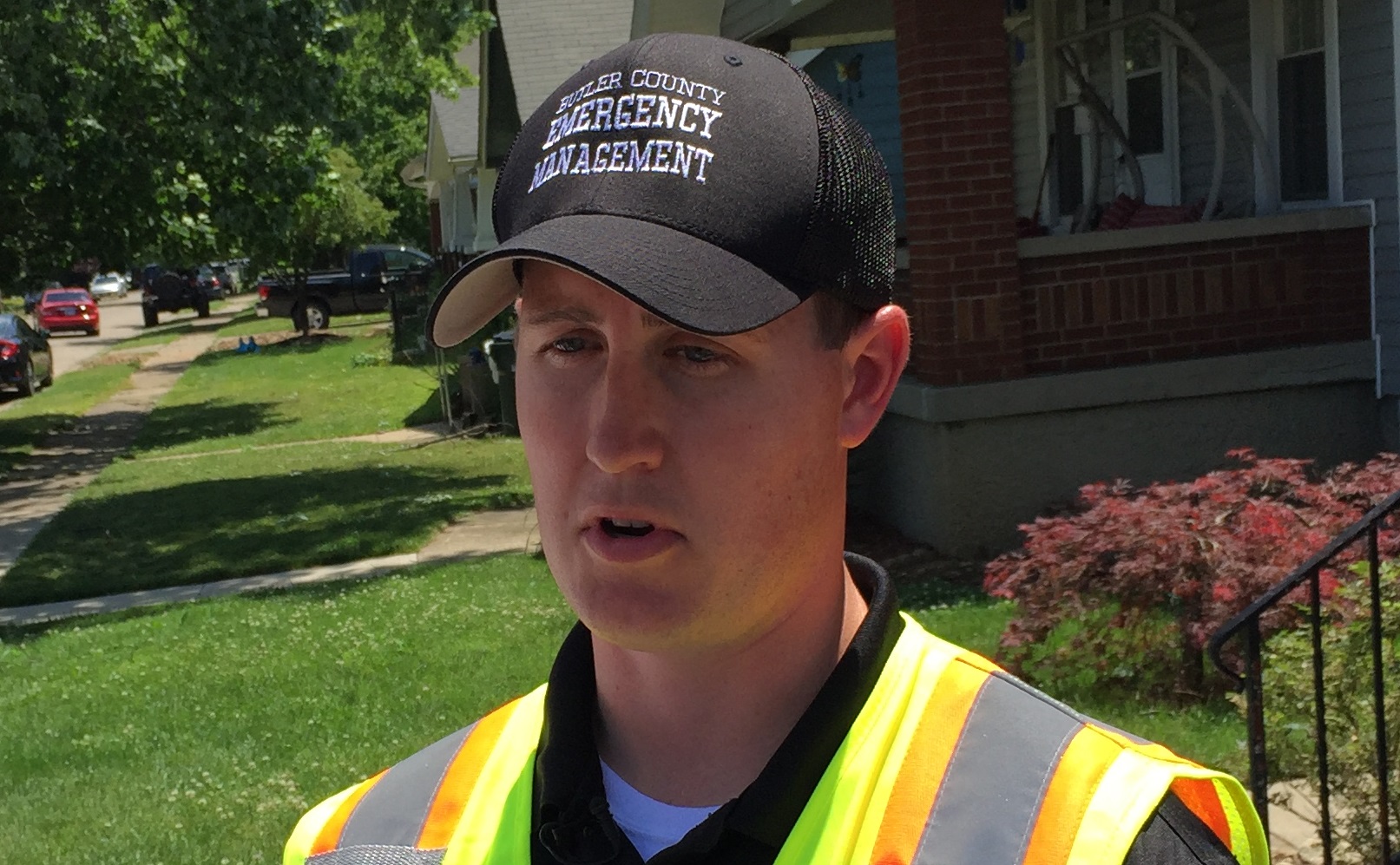 Butler County Sheriff Richard Jones announced Friday that the Butler County Undercover Regional Narcotics Task Force (BURN) seized nearly $3 million worth of drugs, weapons, and cash during a traffic stop Tuesday. The Penske rental box truck was pulling out of a home on the 2600 block of Hamilton-Cleves Road, when it was pulled over by agents. They found 75,000 THC vape cartridges, 40 psychedelic mushrooms, and multiple packages of THC edibles disguised as candy. The driver of the vehicle, 22 year old Michael Morales of Middletown, is facing an array of drug charges. Sheriff Jones says more arrests are likely in the case.

Hamilton City Council voted 5-2 Wednesday night to accept CSX's donation of the more than century old train depot, saving the historic building. Council will decide in two weeks whether to move just the single story section, or both sections of the depot, which was built in 1857. City Manager Joshua Smith told council the best option is moving the building north about 600 feet to a city owned lot on Maple Street. The no votes were cast by council members Carla Fiehrer and Susan Vaughn. Both expressed concern over the lack of planning, and the cost of the project. Mayor Pat Moeller led a majority that pointed out the building has hosted visits from Abraham Lincoln, Harry S. Truman, Dwight D. Eisenhower, Theodore Roosevelt, Franklin D. Roosevelt, and Herbert Hoover. They also pointed out that soldiers left the train station to fight in both world wars, and it was also the final stop for the immigrants and industrialists who built the city.