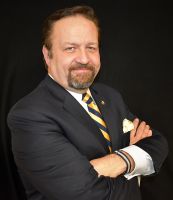 (Wilmington)--The National Weather Service says Butler County is under a slight risk for severe thunderstorms this afternoon and evening. The greatest threat is damaging winds and large hail. Most of the activity is expected between Interstate 70 and the Ohio River.

(Hamilton)--The investigation continues into a fatal motorcycle crash in the city of Hamilton. The accident was reported around 12:24pm Wednesday on South Erie Boulevard between Hanover and the underpass. Police say the motorcycle was traveling southbound when it rear ended a southbound SUV, and veered into the path of a semi truck, also heading southbound. The motorcyclist was pronounced dead at the scene.

(Madison Township)--The animal cruelty case against a Madison Township man has been upgraded to a felony. 60 year old Charles Miller was led away in handcuffs from his home on Elk Creek Road Wednesday. He was booked on a 5th degree felony charge of cruelty to a companion animal. Miller is accused of attacking his neighbor's 8 month old German Shepherd with a baseball bat, resulting in fatal head injuries. Miller said the dog was on his property, but the dog's owner says Miller let Ruger out of his back yard.