Posted About One Month Ago by WMOH Newsroom

Middletown city leaders have cut the ribbon on an aggressive street paving program which is financed by a .25% income tax levy passed by voters last year. City Manager Jim Palenick welcomed the crowd gathered by saying "Today is the day that we both celebrate and acknowledge an awful lot of hard work, and also look forward to an awful lot of hard work." 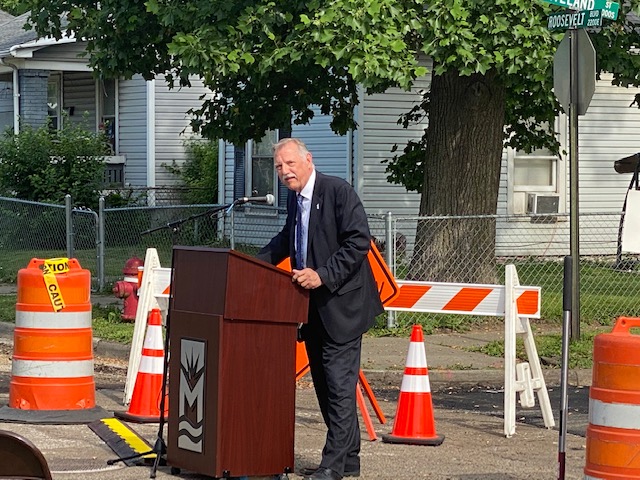 The city plans to pave over 1/3rd of its streets over the next two years. The levy will raise $31.3 million dollars for the paving program. Altogether, a total of $51 million in paving will be completed by the end of 2022. Vice Mayor Joe Mulligan said "Nobody wants to pay additional taxes, but we also had to come to the realization that the tooth fairy was not coming with $150 million to fix our city roads." 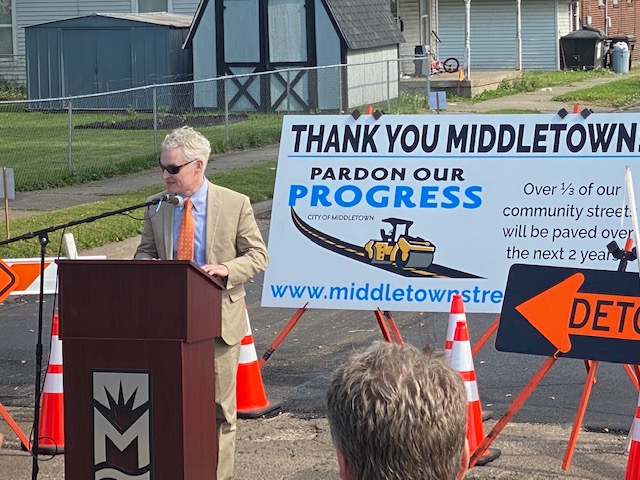 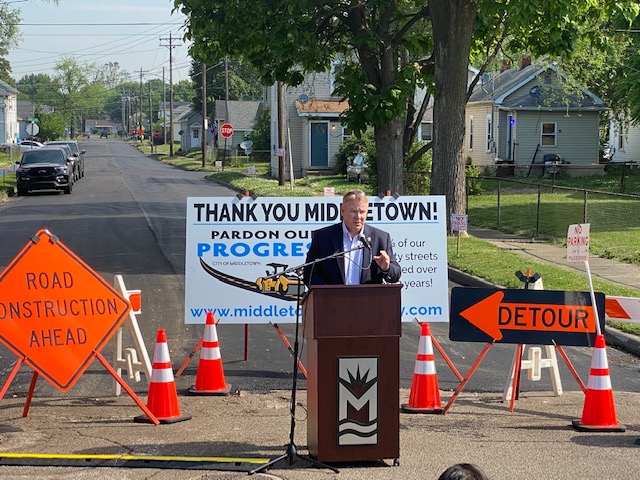